The Shape of Medieval Music to Come 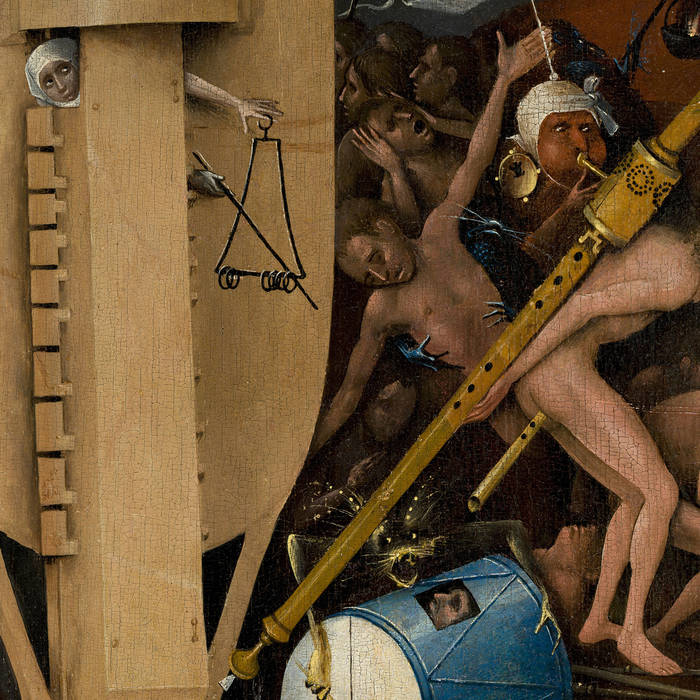 Gavin Abercrombie Finally! I've been hoping and hoping for years that Vox Vulgaris would put this back out. The music is tight and unlike any music I have heard. Every listen reveals some new element. Now I wonder if there is more to the witty liner notes?

Chris The release of this album was long overdue! Simply fantastic music and i'm relieved to find you in the corner you've declared. Hopefully there'll be more music ahead! Favorite track: La Suite Meurtriére.

scottishjon I've long been waiting to buy a copy of this album, and at last it has happened. This album will be playing on repeat next time I reread Umberto Eco's Baudolino. Top-notch music. Second-favorite track: La Suite Meurtriére. Favorite track: Rókátanc.

"The Shape of Medieval Music to Come" is Vox Vulgaris's first album, and the only one so far. It was self-released on CD in 2003, with no distribution except at live performances. All remaining CDs were destroyed a few years later, yet the music survived thanks to file-sharing networks and eventually reached an audience of millions.

The album’s last track is an interpretation of music found in a painting by Hieronymus Bosch; the piece included what some ten years later would become famous as “Butt Music” or “Butt Song from Hell”. In the liner notes, the song was proudly presented thus:*

Yet as it happened, the group’s proud declarations would come to nought. Vox Vulgaris had set out to attack both the romanticized image of the Middle Ages and modern attempts to authentically recreate medieval music – they had even lashed out at the concept of “medieval music” as such. Nevertheless, because of social media, their music soon came to count among the most disseminated and easily available renditions of “medieval music” ever produced. Despite the group’s countervision of the Middle Ages and the musical butt they had flashed in the face of both academia and subculture, their music typically reached its audience by way of Youtube slides depicting crusaders, castles, and other icons of an imaginary medieval past. Most bizarrely, their music was being appropriated in a cultural war they could not have foreseen, by people trying to anchor their own distinctly modernist political projects, categories and identities in medieval Europe.

The group’s dismissal of such political projects was, however, available already in the songs and melodies they had recorded, and for anyone who cared to listen. Just as medieval musicians depended on the Orient for musical influences and instruments, so did Vox Vulgaris draw heavily on the Muslim and Jewish, Arab, Persian and Turkish traditions for inspiration, mixing instruments and performance practices from across the borders in a manner analogous to that of music making in medieval Europe.

In "The Return of the Middle Ages", Umberto Eco, the most medieval person to survive into the 21st century, wrote:

After several years of hibernation Vox Vulgaris have once again set out to complicate our romanticized, polarized, politicized and all too modern ideas of medieval music.


*We have since learnt that we were not the first, it was recorded already in 1978 by Atrium Musicae de Madrid.

Bandcamp Daily  your guide to the world of Bandcamp